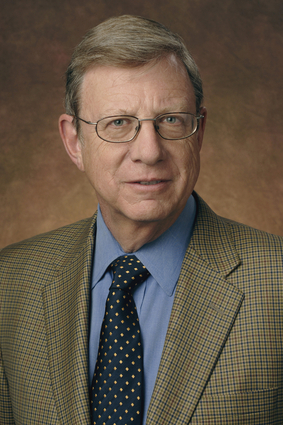 Jeff Greenfield is the host of "Need to Know" on PBS, and a columnist for Yahoo! News. He's worked as a political journalist for CBS, ABC, and CNN, and is the author of twelve books, including The People's Choice: A Novel, Oh, Waiter! One Order of Crow!, and Then Everything Changed: Stunning Alternate Histories of American Politics. Greenfield's new book If Kennedy Lived: The First and Second Terms of President John F. Kennedy was published this month by Putnam.

As you note in the preface, your approach to writing alternate history is rooted in plausibility. Tell us about how you've gone about researching and composing your works of alternate history. What's the process like? What sorts of things do you particularly look for to include in the narrative?

As with Then Everything Changed, I try to learn as much about what did happen in order to make what might have happened as realistic as possible. This means reading biographies, memoirs, oral histories, newspaper and magazine coverage of the era, and interviews with those who were participants in some of the events I chronicle: in this case (most JFK veterans having left the scene), I talked with Richard Goodwin from the JFK White House, and with New Left figures like Tom Hayden and Todd Gitlin to see if my hunches about what might have happened to the movement matched up with their notions. I also talked with historians Michael Beschloss, Doris Kearns Goodwin, and others to get a sense of perspective.

I look particularly for comments, speeches, and reported interchanges; for instance, all of JFK's comments during the (imagined) 1964 Vietnam review are words he actually spoke. The phone call between JFK and Senator Richard Russell about Vietnam is word for word from Russell's real call in '64 to President Johnson—of course, Kennedy's end of the conversation is imagined, but contains thoughts he actually expressed.

If Kennedy Lived takes as its basic premise the idea that JFK isn't killed in Dallas on November 22, 1963, but survives to serve two full terms as president. What historical circumstances do you tweak in order to bring this course of events about?

The only "tweak" is that the rain in Dallas, which ended almost at the moment JFK landed, doesn't stop—which means the bubble top stays on, which (in my history) means Oswald's shot wounds but does not kill the President. What follows is a reelection victory over Barry Goldwater—who I believe would have won that nomination whether JFK or LBJ was the candidate.

Without giving too much away, can you offer those who haven't yet had a chance to read the book a few of the ways in which you see American history changing had Kennedy survived the Dallas shooting?

Most dramatically: Would Vietnam have escalated into a big war? Would the civil rights and Great Society legislation have happened? Would the racial and cultural rifts of the late sixties been different? Would Kennedy's private life have become public? (Oh—and would LBJ have remained Vice President?)

I found both If Kennedy Lived and Then Everything Changed wonderfully interesting to read, particularly for the little bits of political allusion and arcana that you're able to weave into the story (here, for example, a Senator George H. W. Bush declaring "we don't do dynasties" at the prospect of Bobby Kennedy running in 1968). Are these as much fun to write as they are to read?

They are great fun to write—especially when I get to "play" (as in having Richard Nixon criticize JFK's (ab)use of power by saying, "just because the President does it doesn't mean it's legal," or Senator G. H. W Bush objecting to an RFK run in 1968 by saying, "we don't do dynasties, " or JFK meeting the Beatles). But they also invariably lead me to history I didn't know—like the futile effort of a state department Vietnam expert named Paul Kattenburg to warn his superiors of the folly of Vietnam escalation; he lost his post for his troubles. In my book, JFK listens to him.

Tell us a bit about your own library. What sorts of books would we find on your bookshelves?

You'd see a ton of biographies and histories—Doris Goodwin, Michael Beschloss, David McCullough, Manchester's two Churchill volumes (the third is a disappointment—he didn't live to write it). But there's also a ton of the best "genre" fiction—writers like James Lee Burke, Michael Connelly, John Sandford, Harlan Coben, Alan Furst, and all the Bernie Gunther novels. And, of course, I've already cleared a space for Robert Caro's next book—although that may be a while. Also, a lot of books about baseball.

Unfair! Unfair! I don't have a "favorite" political novel (well, maybe mine—The People's Choice did pretty well and I'm still waiting for them to make a movie out of it). But…in no order: The Gay Place—Billy Lee Brammer's celebration of Lyndon Johnson as Governor Arthur "Goddamn" Fenstemaker; The Floating Island—Garrett Epps' drop-dead hilarious portrayal of Washington in the last days of Jimmy Carter; The White House Mess—Chris Buckley's debut novel which got me nearly thrown off an NYC bus because I was laughing so hard; and Shelley's Heart by Charles McCarry—read it three times, still can't untangle all the knots, but I have to love any book that makes the Yale Law School—my alma mater—the center of a massive political conspiracy. (I can't say any more or they'd kill me).

Are you planning more works of speculative political history? Have you decided what your next turning point might be? Any moments in the current political climate that you think might make for good departure points for future writers of alternate histories?

I'm done for now on alternate histories. I'm at work now on a novel, where it's all fiction, although it is rooted in a political "what if?" that might someday happen.