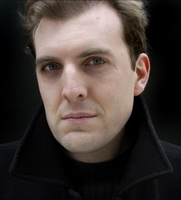 Tom Standage is the digital editor of The Economist and the author of several works of popular history, including A History of the World in 6 Glasses and The Victorian Internet. Tom's new book is Writing on the Wall, a history of social media, published this month by Bloomsbury.

Give us the nutshell version of Writing on the Wall, if you would, for those who haven't yet had a chance to read it.

The basic idea is that social-media environments have existed for centuries, and don't require digital technology to operate. I describe examples of the use of social media (essentially, media you get from other people) going back to Roman times. It turns out that these ancient social-media systems provoked many of the same arguments and questions that we have about social media today. So history can provide some valuable lessons.

How were the "social media environments" of earlier periods similar to those we're familiar with today? How were they different?

They were similar in the sense that they were decentralized and created discussion or community as people passed stuff to each other, copied it, recommended it, and commented on it. This was done by distributing letters, pamphlets, poems on slips of paper, and so on. People collectively decided what was important and worth passing on, and what you passed on was also a means of self-expression. Centralized media only emerged in the 19th century with mass-circulation newspapers, followed later by radio and television. So today's social-media environment is, in many ways, a return to the way things used to be. That said, the main difference is that digital social media is global, instant, and searchable. So the analogy is not perfect. But it is close enough to be interesting and informative.

What was the most surprising thing you learned as you researched for Writing on the Wall?

Probably the most remarkable thing I came across was the Roman wax tablet that looks exactly like an iPad—the size and proportions are the same. It was used as a notebook, to jot down thoughts before committing them to papyrus. There's one in the Roman museum in Cologne, Germany, and I have a picture of it in my book. It's a great example of what I try to do in my books, which is to see the past in the present, and the present in the past.

You include in the book a number of examples of criticisms of previous social media environments that bear very strong resemblances to criticisms we hear today. Do you have a couple of favorite examples of these?

My favorite example is the way coffeehouses were criticized in the late 1600s. They were the media-sharing platforms of their day, where people went to read and discuss the latest news and gossip. Critics thought this was just wasting time, and that coffeehouses were "enemies to diligence and industry". But they turned out to be crucibles of innovation that spawned advances in science and commerce.

Where do you see media environments (social or otherwise) going in the future? What sorts of changes in media culture do you expect we'll see over the short term (or the long term, if you want to go out on a limb)?

I think it's remarkable that e-mail and the web operate in an open and distributed manner, based on open standards, but that social networks don't. I wonder if that will change. Just as AOL and CompuServe were swept away by the open web, might the same happen to Facebook? But none of the efforts to build open, distributed social networks have got very far. The other thing to watch is how traditional media and social media hybridize and interact. Twitter is pushing itself as the "second screen" that works alongside TV, for example. The pendulum has clearly swung away from broadcast and back towards social media in the past decade, but we don't know exactly how far it will swing.

You've got what must be a pretty busy day job, as digital editor of The Economist. When do you find time to get your own research and writing done?

It's hard. I took a couple of months of "book leave" at various points during the writing of this book. Fortunately, my boss is very accommodating. Otherwise, I try to fit it in when I can. And occasionally my day job and the book-writing work together: chapter 3 on "How Luther Went Viral" started off as a Christmas feature in The Economist, for example.

What's your home library like? What sorts of books would we find on your shelves?

I have a rather Victorian-looking study with shelves on the walls, and a freestanding rotating bookcase I inherited from my grandparents. There are also piles of books on the floor. There are a lot of books on science, technology and history in particular. There's a 1911 Britannica, a snapshot of the Victorian mind. And there's a shelf of my books translated into a wide variety of foreign languages, from Turkish to Thai.

The Martian by Andy Weir, which is a fantastic sci-fi yarn, like "Apollo 13" but on Mars. I also enjoyed Mr. Penumbra's 24-Hour Bookstore by Robin Sloan and Tuf Voyaging, a collection of sci-fi stories by George R.R. Martin.

What's your own social media life like? Do you keep active on Facebook and Twitter? Other sites? How have these changed the way you go about your day, or the way you spend your time?

I am a huge fan of Twitter (@tomstandage), both as an endless source of interesting stuff and a great place to discuss things and try out ideas on people. As with coffeehouses, social networks allow people and ideas to mix in new and unexpected ways. Who knows what new ideas are brewing in Twitter's global coffeehouse? I also use Facebook, but only to communicate with people I actually know in real life.

Are you at work on a new book project now? Can you tell us anything about it?

No, I'm focused on this book at the moment. At this stage I find it hard to imagine writing another book, but I always say that. And a few months after each of my books is published (this is my sixth) I start to get twitchy. It feels odd not to be working on a book. So then the cycle starts all over.