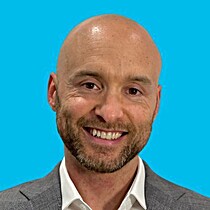 CAMERON CONAWAY is the author of six books, including Malaria, Poems, an NPR Best Book of 2014. He is a recipient of the 2016 Daniel Pearl Investigative Journalism Initiative Fellowship, an honor given to one journalist each year, and his work has appeared in publications such as Newsweek, ESPN, The Guardian, Reuters, NPR, Forbes, The Washington Post, Harvard Business Review, Rattle, and Stanford Social Innovation Review, among others. Conaway has received grants from the Pulitzer Center on Crisis Reporting and the International Reporting Project, nominations for a National Magazine Award and a Pushcart Prize, and writing residencies from Penn State University, the Wellcome Trust, and the University of Arizona. He lives in San Francisco. Connect with him on LinkedIn and on Mastodon.