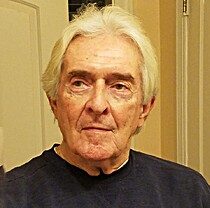 Bürgerlicher Name
Gene Ruyle
Über meine Bibliothek
Much of my library lay in storage for over ten years. Then, moving to another city, I came across Library Thing on the Internet and was taken with its scope and concept. I resurrected my sunken library, box by box, after seasons of their growing musty or being damaged in storage. At first, I thought fifty to a hundred carefully selected books could jump-start a sufficient connection between me and my books, and, after so many years, serve to get the current flowing as before. What I failed to foresee was what sparks such as these would generate and set in motion. Picture, if you will, the undersea site of some huge sunken ship (out of respect, not the Titanic, but something very sizable and left largely intact). What I'd unwittingly devolved into over the recurring cycles of years was akin to making occasional salvage runs to find and, if lucky, retrieve items thought to be there. Now envision also, that as the initial connecting sparks flashed and energy returned to encrusted lines and cables, the engines revived, lights flickered and came back on, gears creaked as they moved haltingly, and gigantic rusty shafts turned and began to drive; and instead of only the tiny search vehicle bubbling its way back from the dark depths beneath it, the whole ship arose drifting upward, broke through the waves on the surface of the sea, and started to sail once more. That's what finding Library Thing has been like for me.

Surprisingly . . . what's emerging is a library reconfiguring itself into the following sections:
I. Theater & Film: The largest single section of the library standing, it is drawn from over sixty years of direct involvement in theater, first through mainly acting in plays, and later through writing them as well -- which carries over into the present with five musical theater pieces as current works-in-progress (see p.2, entitled "The Human Realm," of my homesite at the Authors Guild for the plot synopses of these);
II. Science & History: Traditional and self-explanatory, these volumes reflect the customary divisions of the major scientific disciplines and fields of study.;
III. Language, Literature & Literary Arts: Authors arranged alphabetically, starting with Anna Akhmatova and running through W.B. Yeats, with a few select anthologies inserted;
IV. Reference Works: Dictionaries, Grammars, Usage books, Encyclopedias, Lexicons, and the likes thereof;
V. Philosophy: Since it was my major as an undergraduate, the whole tree is largely represented here with its many intertwining branches;
VI. Cultural Literacy: A wide-ranging series of books encapsulating expansively, though not glibly, "Cultures, Countries, and Critters." Though most biographies are found here arranged alphabetically, they are cataloged as the tripartite collection Biographies, Autobiographies, & Memoirs, with individual volumes interspersed in their originating fields and housed there when appropriate). The main language-learning programs and volumes in my library are German, Spanish, and Italian -- in addition to Greek and Hebrew for Biblical studies. And, because of its having long since transcended national boundaries, thus influencing languages and cultures far beyond its own, the full Shakespearian canon, coupled with commentaries and tomes of every sort (the Bevington version, for example), form a veritable "village" of culture-clusters residing here. (NOTE: An example of an entry in the 'Critters' category would be Seabiscuit, done with full equine honors and a ceremony in the winner's circle, of course.);
VII. A. Bible, Religion, & Spirituality: (Three times the size of any standing section of the library, which, though "backstacked" in several storage boxes, keeps incrementally inching its way onto the expanding entries of my developing LT catalog.) Old & New Testament, translations of Scriptures and attendant relevant writings -- with source texts in Greek and Hebrew, amplified by extensive commentaries on these -- influence of Greek ideas on Christianity, history of religions, history of Christianity, liturgical worship, forming of the Church as an institutional entity and historical reality, and in the primary theological and practicing religious traditions found over several historical periods, right up to modern times, along with the other religious faiths of the world; B. Psychology & Psychotherapy: (primarily as developed in Europe and the U.S from the 19th Century to the present), the brain, higher cortical functioning, major schools of psychology, psychotherapy, counseling, et al;
VIII. The Sixties And All That: A widely varied collection ranging over the extensive issues and events of the late 60's, with its reverberations rippling into the decades that followed;
IX. A. Anatomy & Physiology: Form and Function of the living human organism, Fitness, Exercise, Health, Nutrition, and its nurturing inwardly and outwardly; B. Formative Psychology: A particularly distinct, solidly grounded, pervasive approach in a class by itself -- consisting principally of the pioneering work founded by Stanley Keleman, including his fourteen years of work collaborating with Joseph Campbell (whose related writings on mythology are appropriately housed here);
X. Music: Major Classical Western composers, from opera at its inception, then metamorphosing into operetta in Europe and spreading to the U.S., where it blossomed into full-blown Musical Theater, merging with Jazz, big bands, popular, rock, and so on up to now. Also contains: use of voice, and vocal development (all three registers), in singing as well as in acting onstage, and in the other performing arts in radio, recordings, film, and television;
XI. Native Americans, the Great Plains, and the West: A large collection of books (many are oversize books bearing lush photos of land, sky, and rivers, with graphic foldouts of vast territorial, up to the time of the Lewis and Clarke Expedition (1804-1806) and concentrating heavily on the region from then on);
XII. Flight: Aeronautical & Astronomical (Space). Applied principles of soaring, aircraft (vintage and modern), and rocketry;
XIII. Multimedia & Audio-Visual Section: Some sixty years worth of vinyl records, audio-tapes, CD's, VHS cassettes, and DVD's.

(So then, these are my rescued books, with eighty percent of them still to be cataloged, the greater portion of which have all been read. Many survived a raging fire and later a flash flood affecting those in the bottom shelves, leaving signs of what they went through scorched or watermarked upon them; and which, since I hand-scan each book individually, can clearly be seen if you peer closely at their covers displayed here. Were you able to look inside them, you'd find the pages of most sprinkled with lines or margin notes running throughout, as well as on the pages available at extreme front and back. It's a rudimentary "retrieval system" that pairs any notation with its page numbers, enabling me to readily locate and retrieve the passages and points that particularly stood out.)

May your own endeavors prosper here in whatever you hope they bring your way. And a toast to Library Thing! As Zorba might have put it, "Hey, Boss . . . have you ever seen a more splendiferous cloud!?" -G.R.

SOME NETWORK POSTINGS (at Authors Guild, WordPress, GoodReads, Amazon's Authors Central, and elsewhere). ON KAZANTZAKIS, SAINT-EXUPÉRY, AND AMELIA EARHART: Though Kazantzakis's life and works must be taken together to reflect all they contain, it's important to set apart these two from the combustible controversy -- which, after a bitter seven-year battle in the Greek courts, was decided in favor of his wife Eleni's claim along with that of her adopted son. The Kazantzakis group at Library Thing bears the same name as the title of that blog's initial posting, "The Arresting Life & Writings of Nikos Kazantzakis (with an incidental review of his Report To Greco)." The second article on the same blog recounts a still-vivid recollection of my meeting Eleni at her home on 32 Avenue William Favre in Geneva on a sun-filled afternoon at the end of summer in 1988. The third article, "The Fresh Biographical Works of Stacy Schiff" will touch on how Schiff goes about her task in the often arid reaches of rigorous biographical writing. These three postings will be followed by condensed reviews of the two matchless biographies: NIKOS KAZANTZAKIS: A Biography Based On His Letters, by Eleni Kazantzakis, and SAINT-EXUPÉRY: A Biography, by Stacy Schiff. These, and the next pair, also biographies, will open with a piece entitled "The Lingering Effects Left By The Lives Of Those Who Vanish", (summarizing half-a-dozen books on both Saint-Exupéry and Amelia Earhart, followed by another pair on Marlene Dietrich, and books on other figures yet to come.)

January, 2013. (ANNOUNCEMENT: A limited-engagement show at the Alliance Theatre took place of Noel Coward's STILL LIFE, which was made into the 1945 film Brief Encounter, starring Celia Johnson and Trevor Howard.)

The article on Nikos Kazantzakis is at Word Press and was also posted by Εκδόσεις Καζαντζάκη - Kazantzakis Publications in Athens, Greece (whose ongoing cooperation and support helps to make this possible). --G. Ruyle

Über mich
I'm a native Nebraskan from the Great Plains, which is where the American West begins. Traveling west on Interstate 70 in Kansas, the landscape alters noticeably, as the vast rolling hills of the high plains come into view for the next 200 miles or so. When you come to U.S. Highway 77 you have in fact reached "my street," and if you turn to the right and drive north for about an hour, you come to Alcove Springs, near a famous ford on the Oregon Trail close to Marysville, Kansas, and cross about fifteen minutes later into Nebraska, where in another twenty minutes you'd come to the actual stretch of road in Beatrice, across from the Court House, that I lived on during my years in junior and senior high school.

Working at the local Beatrice airport while still in high school, I learned to fly. Upon graduation, I enlisted in the Marines before going on to college at the University of Florida, followed by Virginia Theological Seminary, and then being ordained an Episcopal priest, spending six-and-a-half years in the parish ministry of the Diocese of Florida.

A profound change occurred at the the height of the Sixties when I was given permission to work secularly while still remaining a priest, where I soon entered a lengthy doctoral program "to develop a fresh approach to human experience." Translated out of dissertationese this eventually became the book The Stuff of a Lifetime: Self, Sense, Soul, and Spirit in Human Experience.

I remain engaged in each of my four major interests, all of which announced themselves while I was still in the Marine Corps and before I started college: philosophy, psychology, theater, and religion. With such emphases, my lifelong fascination has been with the spoken as well as with the enacted word, (linked to the written word too,of course, as found in my plays, music, stories, essays, and a small amount of poetry). To date, less than a fifth of my books have been cataloged.

The ehost.com link listed on my profile as my website (www.thehumanrealm.com) ties ALL of my sites together into a single online network. -G.R. 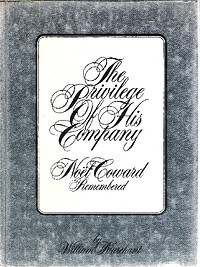 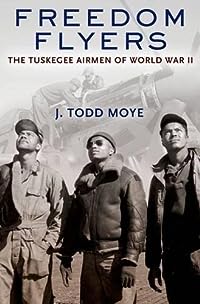 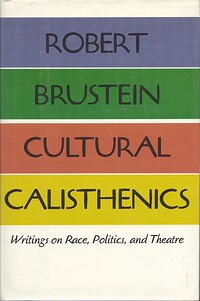 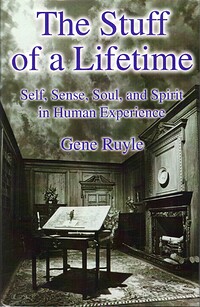 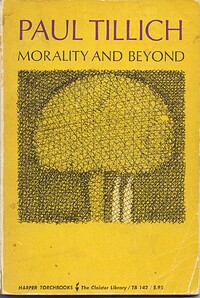 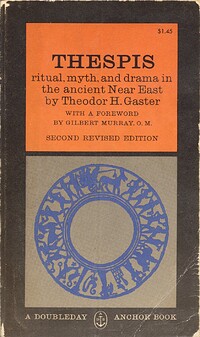 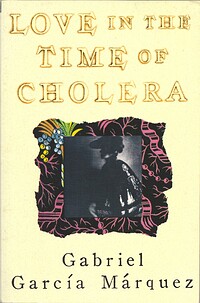 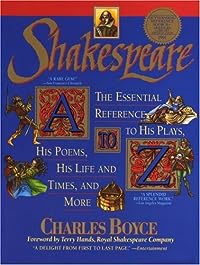 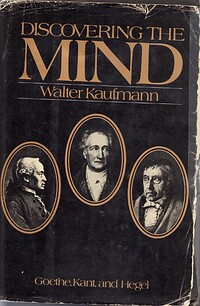 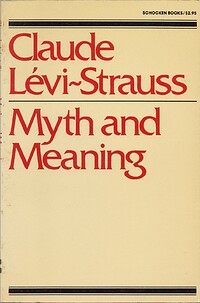 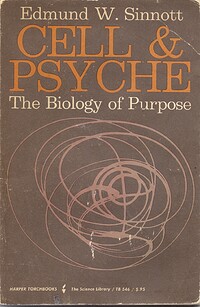 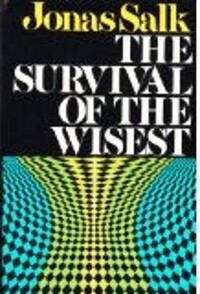 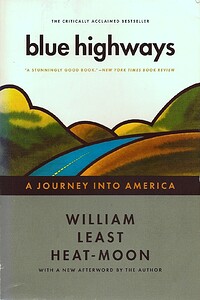 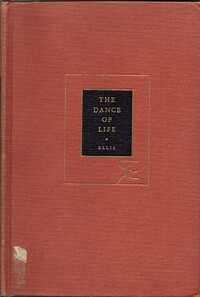 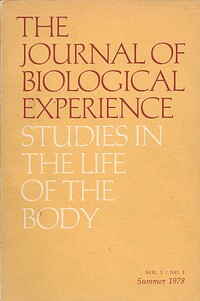