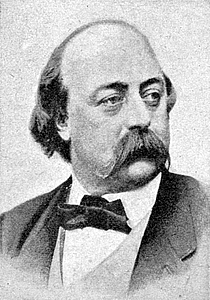 Bürgerlicher Name
Gustave Flaubert
Über meine Bibliothek
My library at Librarything is based on the inventory published by the Centre Flaubert at the Université de Rouen which is an attempt to recreate my real library using a variety of sources.

Duplicate works are not mistakes : they correspond to different editions or, in one occasion, two books of the same edition with different annotations.

As of 28/02/2011 this library is considered completed. Ring Kuiperdolin or an admin if you think something is still missing.
Über mich
I was a French writer and I am counted among the greatest Western novelists. I am especially known for my first published novel, Madame Bovary (1857), and for my scrupulous devotion to my art and style.