Bürgerlicher Name
Iris Murdoch
Über meine Bibliothek
"This collection paints a vivid picture of a remarkable woman who was a key figure in English life and letters for a large part of the 20th century - not only as a novelist, but also as a significant and influential thinker."
Rachel Lee on cataloguing Iris Murdoch's library.

Books were a constant detail in Iris Murdoch's life. Throughout her journals and letters, she wrote of her excitement in discovering new authors, including Aeschylus, Kafka, Shakespeare, Joyce, and Dostoyevsky. From school and studying at Oxford, Murdoch was familiar with the classics through her reading of Latin and Greek. She was also fluent in French, and from her time working in London as a civil servant in the early 1940s, she had made attempts at German, Russian, and Turkish.

Murdoch's library, comprised of her working library, was located in her upstairs study of her Oxford home which she shared with her husband, John Bayley. The volumes of literature, philosophy, and religion, in multiple languages, detail her extensive reading throughout her life. Some of the volumes were given as gifts and outline her friendships and relationships with fellow philosophers. Now housed in the Iris Murdoch Archive, they also contain her detailed annotations throughout the texts, along with her bookmarks, of leaves, bus tickets, and fragments of her own novels.

Source: Iris Murdoch's personal library, along with a vast collection of her correspondence, is housed within the Iris Murdoch Archive, located at the Kingston University Library, London. The library was made available for purchase when auctioned by Rachel Lee Rare Books on behalf of John Bayley. With university funding, grants, and private donations, the collection was acquired in 2004 for the sum of £120,000.
Über mich
Iris Murdoch (15 July 1919 – 8 February 1999) was an Irish-born English academic, novelist, and philosopher. Cambridge and Oxford educated, Murdoch's writing was heavily influenced by her contempories, and was explored in her novels through a range of themes, from morality to the unconscious mind. In 1978 she was awarded the Man Booker Prize for her novel The Sea, The Sea.
Ort
Oxford, England

IrisMurdoch hat hinzugefügt:
One hundred masterpieces from the National gallery

IrisMurdoch hat hinzugefügt:
Daily light on the daily path : a devotional text book for every day in the year in the very words of scripture : morning and evening hour 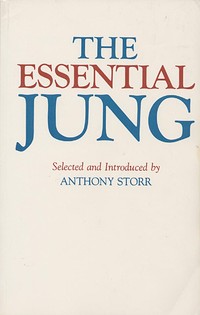