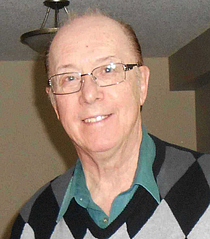 After my family moved to Canada in 1953, my father joined the Royal Canadian Air Force, and we were subsequently posted to Canadian air force bases in Nova Scotia, France, and Quebec. In 1966, we moved to Calgary, and I have been there ever since, although through the years, I managed to visit Germany, Greece, Yugoslavia, Spain, Switzerland, the Netherlands, and the United States.

I've been writing in one genre or another since I was eight years old.

Over the years, I've also developed my other talents as a photographer, artist, actor, producer, director, instructor, and publisher. I'm now retired from work as an offset printer. As interesting and challenging as my other abilities are, my first love has always been writing.

Although some of the material might reflect my personal beliefs, many do not, and are used as research material only, for the writing I've done, and for what I'm currently working on.