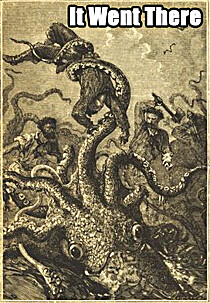 Über michI'm happiest sitting in my mango tree reading and eating green apples. That hasn't changed since I was about six (and I've now racked up a quarter century). I read when I eat, when I'm in the bath, on the bus, in cafes, when I'm watching TV ... I read everyday, for at least two hours if not more.
For more about me, check out my myspace www.myspace.com/cattermune

Über meine BibliothekA collection of books I've been accumulating since childhood, I usually buy at least one book a week, almost invariably second-hand. I used to primarily collect fantasy with a little sci-fi, of late I've really been into classic and modern (early to mid 20th century) literature. I'm enjoying reading short tight prose rather than the usual sprawling fantasy series. Steinbeck, Hemingway, Salinger, Somerset Maugham, Waugh, Woolf ... they be my peeps. Fo schizzle and so forth.
The library doesn't reflect the full scope of my reading, especially rock and roll biography, music magazines and organic gardening/permaculture. I have tonnes of non-fiction but I don't get excited by non-fiction like I do by fiction. Unless it's my awesome offal cookbook - thanks for that one nana!(I was very excited to see it used as the "dodgy" book on Spicks and Specks). Also got a million picture books, might save cataloging those for a rainy day.
I've read the majority of my library, albeit still stuck in the middle of Tristram Shandy.

P.S I also need to come out as a Stephen King fan. I know it isn't fashionable to love his work, probably cos it's horror , but the man can WRITE. I enjoy his horror/fantasy elements, but mostly I love his ability to write engaging, rocking narrative. Plus he has added to my list of literary places to visit the apparently beautiful state of Maine.