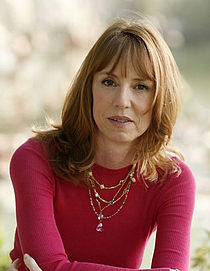 Über michLisa See, author of the critically-acclaimed international bestseller, Snow Flower and the Secret Fan (2005), has always been intrigued by stories that have been lost, forgotten, or deliberately covered up, whether in the past or happening right now in the world today. For Snow Flower, she traveled to a remote area of China – where she was told she was only the second foreigner ever to visit – to research the secret writing invented, used, and kept a secret by women for over a thousand years. Amy Tan called the novel “achingly beautiful, a marvel of imagination.” Others agreed, and foreign-language rights for Snow Flower were sold to 36 countries. The novel also became a New York Times bestseller, a Booksense Number One Pick, and has won numerous awards domestically and internationally.

Ms. See’s novel, Peony in Love, once again delves into forgotten history. Peony takes place in 17th-century China in the Yangzi River delta. It's based on the true story of three "lovesick maidens," who were married to the same man – one right after the other, not one reaching age twenty. Together they wrote the first book of its kind to have been written and published anywhere in the world by women. (The lovesick maidens were part of a much larger phenomenon. In the 17th century, there were more women writers in China who were being published than altogether in the rest of the world at that time.) Ultimately, Peony in Love about the bonds of female friendship, the power of words, the desire that all women have to be heard, and finally those emotions that are so strong that they transcend time, place, and perhaps even death.

Her latest novel, Shanghai Girls, will be released by Random House in May 2009. Set in the early part of the 20th Century, it follows two sisters from Shanghai to Los Angeles, from the freedoms of youth in 1930s Shanghai to the perils of War, and through the triumphs and heartbreaks awaiting them in the west.

Ms. See was born in Paris but grew up in Los Angeles, spending much of her time in Chinatown. Her first book, On Gold Mountain: The One Hundred Year Odyssey of My Chinese-American Family (1995), was a national bestseller and a New York Times Notable Book. The book traces the journey of Lisa’s great-grandfather, Fong See, who overcame obstacles at every step to become the 100-year-old godfather of Los Angeles’s Chinatown and the patriarch of a sprawling family.

While collecting the details for On Gold Mountain, she developed the idea for her first novel, Flower Net (1997), which was a national bestseller, a New York Times Notable Book, and on the Los Angeles Times Best Books List for 1997. Flower Net was also nominated for an Edgar award for best first novel. This was followed by two more mystery-thrillers, The Interior (2000) and Dragon Bones (2003), which once again featured the characters of Liu Hulan and David Stark. This series inspired critics to compare Ms. See to Upton Sinclair, Dashiell Hammett, and Sir Arthur Conan Doyle. The books have recently been re-released as a trilogy: The Red Princess Mysteries.

In addition to writing books, Ms. See was the Publishers Weekly West Coast Correspondent for thirteen years. As a freelance journalist, her articles have appeared in Vogue, Self, and More, as well as in numerous book reviews around the country.

She wrote the libretto for Los Angeles Opera based on On Gold Mountain, which premiered in June 2000 at the Japan American Theatre followed by the Irvine Barclay Theatre. She also served as guest curator for an exhibit on the Chinese-American experience for the Autry Museum of Western Heritage, which then traveled to the Smithsonian Institution in Washington, D.C., in 2001. Ms. See then helped develop and curate the Family Discovery Gallery at the Autry Museum, an interactive space for children and their families that focuses on Lisa’s bi-racial, bi-cultural family as seen through the eyes of her father as a seven-year-old boy living in 1930s Los Angeles.

In addition, she recently designed a walking tour of Los Angeles Chinatown and wrote the companion guidebook for Angels Walk L.A. to celebrate the opening of the MTA’s new Chinatown metro station. She also curated the inaugural exhibition – a retrospective of artist Tyrus Wong – for the grand opening of the Chinese American Museum in Los Angeles.

Ms. See serves as a Los Angeles City Commissioner on the El Pueblo de Los Angeles Monument Authority. She was honored as National Woman of the Year by the Organization of Chinese American Women in 2001 and was the recipient of the Chinese American Museum’s History Makers Award in Fall 2003

Lese geradeDreams from My Father: A Story of Race and Inheritance von Barack Obama