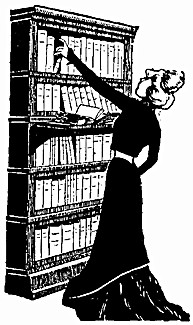 Über michBook lovers are thought by unbookish people to be gentle and unworldly, and perhaps a few of them are so. But there are others who will lie and scheme and steal to get books as wildly and unconscionably as the dope-taker in pursuit of
his drug. They may not want the books to read immediately, or at all; they want them to possess, to range on their shelves, to have at command. They want books as a Turk is thought to want concubines -- not to be hastily deflowered, but to be kept at their master's call, and enjoyed more often in thought than in reality.
-- Robertson Davies