Bürgerlicher Name
Norman Mailer
Über meine Bibliothek
The Harry Ransom Humanities Research Center at The University of Texas at Austin acquired the papers of Pulitzer Prize-winning author Norman Mailer for $2.5 million. The archive contains materials associated with every one of Mailer's literary projects, whether completed or not, from the mid-1930s to the present, as well as a substantial number of first editions and foreign editions of Mailer's books, books used for research and some books given to Mailer by other authors.

When asked about his connection to Texas and why he placed his archive at the Harry Ransom Center, Mailer said:

"A man who went to a famous prep school in the early '20s said afterward, 'It was the worst experience of my life and the most valuable.'

"I can say the same about my time in the U.S. Army. In 1944, I came out of Fort Bragg an artillery replacement and was sent to the 112th Regimental Combat Team, originally from San Antonio but now in the Philippines. There I was converted into an infantry rifleman. So I got to know a fair amount about Texas over the next year. And Texans. Most of them were dirt-poor and damn tough. (For years afterward in New York, when trouble was brewing on the street, I would do my best to talk in a Texas accent.)

"To this, I can add a splendid few days I spent in Austin as a lecturer back in the very early '60s, and I do remember the university as one of the most exciting and open campuses I ever visited.

"Those are ties, but, of course, one acquires many others over 82 years. I'd say the major part of my decision (and pleasure) to have this archive go to the Ransom Center is that you have one of the best, if not, indeed, the greatest collection of literary archives to be found in America. What the hell. Since it's going to Texas, let's say one of the best in the world."
Über mich
Norman Mailer, American author
January 31, 1923 -- November 10, 2007

Norman Mailer was born in Long Branch, New Jersey, and grew up in Brooklyn, New York in what he calls a "typical middle class Jewish family." His father was an accountant, his mother assisted an uncle in running a small trucking company. As a boy, he reveled in romantic adventure fiction, and at the age of nine composed a 250-page science fiction story called "Invasion From Mars." An ambitious and competitive student, he graduated from Brooklyn's Boys High School in 1939 and won admission to Harvard at age 16. While still an undergraduate, he won a student fiction contest sponsored by Story magazine, and though he majored a degree in aeronautical engineering, he had already resolved to make a career as a professional writer.

He graduated in the middle of World War II, and entered the United States Army, serving as a sergeant in the Pacific. After the war, he undertook graduate studies at the Sorbonne in Paris, and in only 15 months composed his first novel, The Naked and the Dead (1948), inspired by his wartime experiences in the Philippines. The book enjoyed enormous success in the United States, and made Mailer a national celebrity at age 25.

The young novelist spent a year in Hollywood, but soon became disenchanted with the motion picture industry, and increasingly fascinated with radical politics. He returned to New York and settled in Greenwich Village. Mailer's next two novels reflected the political tensions of the McCarthy Era: Barbary Shore (1951), set in his native Brooklyn, and The Deer Park (1955), a tale of Hollywood, both met hostile reviews and disappointing sales. In the late 1950s, Mailer appeared in print most frequently as the author of startling magazine essays on the heated topics of sex, drugs, race and violence. A 1957 essay, "The White Negro," drew parallels between America's racial tensions and the alienation of the era's Beat Generation.

Some of Mailer's most provocative writing of the late 1950s appeared in the controversial volume Advertisements for Myself (1959). In the same period, Mailer co-founded The Village Voice newspaper, the first of America's alternative weeklies. As Mailer's subject matter became more incendiary, his private life became increasingly turbulent. His fascination with drinking, drugs and violence nearly took a tragic turn in 1960, when he stabbed his wife Adele Morales with a penknife after a nightlong party. Mrs. Mailer declined to press charges and Mailer was given a suspended sentence. The couple were quickly reconciled but later divorced.

In the 1960s, Mailer found a renewed sense of purpose in reporting on the social upheaval associated with the civil rights and anti-war movements, the rising counterculture and the sexual revolution. Beginning in 1960, he covered the Democratic and Republican conventions as a journalist. He reported on the Kennedy administration in Presidential Papers (1963) and fused themes of politics, sex and violence in his novel An American Dream (1965). With Cannibals and Christians (1966), he consolidated his reputation as a major American essayist and social commentator. Throughout the 1960s he turned to innovative new forms of journalism to report on the tumultuous politics of the time, employing many techniques of fiction, including colorful prose and a strong personal point of view, to comment on current events.

In 1967, Mailer was arrested at the Pentagon while demonstrating against the Vietnam War, an experience he recounted in his book Armies of the Night (1968), which received the Pulitzer Prize for Nonfiction. Miami and the Siege of Chicago (1968) continued Mailer's coverage of the political conventions. His political involvement culminated in an exuberant, if ultimately unsuccessful, campaign for Mayor of New York City in 1969.

The Prisoner of Sex (1971) brought Mailer into conflict with many writers in the growing feminist movement. By the mid-1970s, many critics had begun to dismiss Mailer as a writer whose best days were behind him, but at the end of the decade he made a startling comeback with The Executioner's Song (1979). As he had used the techniques of the novel to inform his journalism of the 1960s, he now adopted real life undisguised as the material for a "non-fiction novel," relating the life of convicted murderer Gary Gilmore, whose death by firing squad in Utah was the first execution to take place in America since the 1960s. Although solidly grounded in fact, The Executioner's Song read like a thoroughly imagined work of fiction, and was recognized as such by the Pulitzer Prize Committee.

Mailer's next literary production, Ancient Evenings, was even more surprising, a novel set in Egypt at the dawn of recorded history. In the 1960s, Mailer had directed a number of independent films. He returned to cinematic work with his contributions to the screenplay for Sergio Leone's Once Upon a Time in America. With his interest in cinema and genre fiction revived, Mailer wrote a detective story, Tough Guys Don't Dance (1984), and directed the film version himself.

In 1984 he traveled to the Soviet Union, and reported that it was not the resurgent empire of Cold War rhetoric, but an underdeveloped country on the verge of collapse. Long active as a member of the international writers' organization PEN, he returned to public engagement, serving as President of the PEN America Center from 1984 to 1986. Mailer looked back on the history of the Cold War in a massive fictional account of life in the CIA, Harlot's Ghost (1992). Previously unpublished documents from the Soviet intelligence archives supplied Mailer with material for Oswald's Tale (1995), an imaginative reconstruction of the life of President Kennedy's assassin. In 1997, he turned to an even more unexpected subject, the life of Jesus, in The Gospel According to the Son.

A large compendium of Mailer's fiction and non-fiction writing, The Time of Our Time, appeared in 1998. In his 81st year, Mailer published a book-length essay on the craft of writing, The Spooky Art. After six marriages, four feature films and over 40 books, Norman Mailer, long the center of so much controversy, spent his last years quietly in Provincetown, Massachusetts. His last works were The Castle In the Forest -- a novel about the childhood of Adolf Hitler, narrated by a demon -- and On God: An Uncommon Conversation, a work of theological speculation published a few weeks before his death.

Norman Mailer died in New York City at the age of 84. For six decades, he had thrilled, amused, provoked and enraged readers around the world, asking even his severest critics to reconsider their most cherished assumptions. There may never be a reader who can agree with every stand Mailer took in print over the years -- he himself reconsidered many of his old positions -- but what never changed was his fearless dedication to speaking his own mind, and his complete commitment to freedom of expression for all. 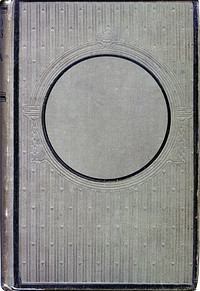 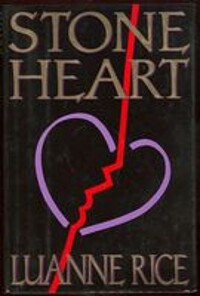 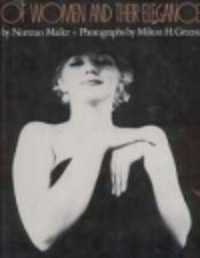 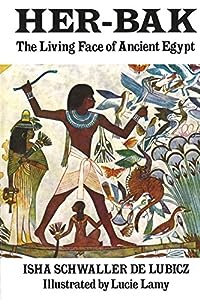 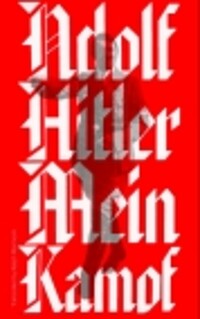