I am only cataloging books I (1) currently have in my possession (or think I do, I might not be able to put my hands on some) and (2) have read all the way through.

I don't believe in rating systems based on some number of stars, because I don't think the virtues of books can all be laid out and measured along a single dimension. But if I did have (say) a five-star system, the books listed below would get five stars; and the ones in boldface would have more.

Kristin Lavransdatter, vols. 1 2 & 3, by Sigrid Undset
A Star Called Henry, by Roddy Doyle
The Girls of Slender Means, by Muriel Spark
The Ballad of Peckham Rye, by Muriel Spark
Modern Ireland, by R.F. Foster
The Chronicles of Chrestomanci, vols. 1 & 2, by Diana Wynne Jones
Poetry and Prose in the Sixteenth Century, by C.S. Lewis
Selected Stories of William Trevor
Lark Rise to Candleford, by Flora Thompson
The Magic Barrel, by Bernard Malamud

Doomsday Book, by Connie Willis
Offshore, by Penelope Fitzgerald
Symposium, by Muriel Spark
The House in Paris, by Elizabeth Bowen
Gate of Angels, by Penelope Fitzgerald
The Snapper, by Roddy Doyle
The Gastronomical Me, by M.F.K. Fisher
An Area of Darkness, by V.S. Naipaul
Hateship, Friendship, Courtship. Loveship, Marriage, by Alice Munro
A Change of Climate, by Hilary Mantel
Dark Lord of Derkholm, by Diana Wynne Jones
Among the Believers, by V.S. Naipaul
Nine Hundred Grandmothers, by R.A. Lafferty
Anatomy of Fascism, by Robert O. Paxton
Go Down, Moses, by William Faulkner
A Coffin for King Charles, by C.V. Wedgwood
The Portrait of a Lady, by Henry James
Nansen: The Explorer as Hero, by Roland Huntford
The Boarding-House, by William Trevor
The Time of the Ghost, by Diana Wynne Jones
River Town, by Peter Hessler
The Stuarts, by J.P. Kenyon
Travels in West Africa, by Mary Kingsley
Washington's Crossing, by David Hackett Fischer
A House for Mr. Biswas, by V.S. Naipaul

The Tragic Muse, by Henry James
Fly by Wire, by William Langewiesche
Eichmann in Jerusalem, by Hannah Arendt
The Bostonians, by Henry James
Three Cheers for the Paraclete, by Thomas Kenneally
Peasants and Other Stories, by Anton Chekhov
The Outlaw Sea, by William Langewiesche
Touched with Fire, by Eric Bergerud
Zuleika Dobson, by Max Beerbohm
Ring of Bright Water, by Gavin Maxwell
The Axe, by Sigrid Undset
Collected African Stories, Vol. One, by Doris Lessing
The Death of the Heart, by Elizabeth Bowen
The Founding Fish, by John McPhee
The Diary of a Madman and Other Stories, by Nikolai Gogol
The Assistant, by Bernard Malamud
Paul Revere's Ride, by David Hackett Fischer
The Hitler of History, by John Lukacs
The Road Past Mandalay, by John Masters
Notes from the Century Before, by Edward Hoagland
Stalingrad, by Anthony Beevor
A High Wind in Jamaica, by Richard Hughes
Her Majesty's Spymaster, by Steven Budiansky
The Living, by Annie Dillard
Howl's Moving Castle, by Diana Wynne Jones
The Oxford Book of Irish Short Stories, edited by William Trevor
An American Childhood, by Annie Dillard
Akenfield, by Ronald Blythe
The Third Policeman, by Flann O'Brien
Selected Poems, 1966-1987, by Seamus Heaney
The Good Soldier, by Ford Madox Ford
The Hill Bachelors, by William Trevor
The Death of Adam, by Marilynne Robinson
The Flight of the Maidens, by Jane Gardam
Seven Gothic Tales, by Isak Dinesen
Human Voices, by Penelope Fitzgerald
A Question of Murder, by Eric Wright
The Optimist's Daughter, by Eudora Welty
Thank God for the Atom Bomb, by Paul Fussell
The Road to San Giovanni, by Italo Calvino
The Gift, by Peter Dickinson
Cocktail Hour under the Tree of Forgetfulness, by Alexandra Fuller

Passage to Ararat, by Michael J. Arlen
To the Frontier, by Geoffrey Moorhouse
Lucky Dip and Other Stories, by Liza Cody
Captains Courageous, by Rudyard Kipling
The Maharajah and Other Stories, by T.H. White
The Maytrees, by Annie Dillard
Crusoe's Daughter, by Jane Gardam
Oracle Bones, by Peter Hessler
The Stories of Muriel Spark, by Muriel Spark
A Far Cry from Kensington, by Muriel Spark
Desert War, by Alan Moorehead
The African Genius, by Basil Davidson
Paris 1919, by Margaret MacMillan
Unlocking the Air, by Ursula K. Le Guin
The Van, by Roddy Doyle
The Captive Mind, by Czeslaw Milosz
The Good Terrorist, by Doris Lessing
The Middle Passage, by V.S. Naipaul
Dance of the Happy Shades, by Alice Munro
Imperial Spain: 1469-1716, by J.H. Elliot
Confederates, by Thomas Keneally
Under My Skin, by Doris Lessing
The Man in the Wooden Hat, by Jane Gardam
The Daughters of Mars, by Thomas Keneally
The Common Reader, vol. 1, by Virginia Woolf
Frank and Maisie, by Wilfred Sheed
The Rise and Fall of Prussia, by Sebastian Haffner
God on the Rocks, by Jane Gardam
Barcelona, by Robert Hughes
At the Water's Edge, by Carl Zimmer
Historians' Fallacies, by David Hackett Fischer
Roman Britain, by I.A. Richmond
An Awfully Big Adventure, by Beryl Bainbridge
The Garrick Year, by Margaret Drabble
The Birthday Boys, by Beryl Bainbridge
Murder in the Cathedral, by T.S. Eliot

The Animal Family, by Randall Jarrell
The Beginning of Spring, by Penelope Fitzgerald
The Collected Stories of Katherine Anne Porter, by Katherine Anne Porter
The Origins of the Second World War, by A.J.P. Taylor
Pax Britannica, by James [Jan] Morris
Bilgewater, by Jane Gardam
Someone, by Alice McDermott
Honey in the Horn, by H.L. Davis
The Grass is Singing, by Doris Lessing
The Children of Dynmouth, by William Trevor
In Spite of the Gods: the Rise of Modern India, by Edward Luce
A Room of One's Own, by Virginia Woolf
In a Free State, by V.S. Naipaul
The Log of a Cowboy, by Andy Adams
Looking for the Lost, by Alan Booth
Last Orders, by Graham Swift
On Foot to the Golden Horn, by Jason Goodwin
Innocence, by Penelope Fitzgerald
Walking in the Shade, by Doris Lessing
The Metaphysical Club, by Louis Menand
Past Master, by R.A. Lafferty
Gilead, by Marilynne Robinson
The Poor Mouth, by Flann O'Brien
The Song of the Lark, by Willa CatherFather and Son, by Edmund Gosse
The Habsburg Monarchy, 1809 to 1918, by A.J.P. Taylor
Home, by Marilynne Robinson
Battleship, by Martin Middlebrook
Lila, by Marilynne Robinson
The Stories of Bernard Malamud, by Bernard Malamud
The Mayor of Casterbridge, by Thomas Hardy
Dear Life, by Alice MunroBurger's Daughter, by Nadine Gordimer
Martha Quest, by Doris Lessing
Farewell the Trumpets, by Jan (James) Morris)

The Pickup, by Nadine GordimerBring up the Bodies, by Hilary Mantel
African Laughter, by Doris Lessing
America at 1750, by Richard Hofstadter
Home of the Gentry, by Ivan Turgenev
Beyond Belief, by V.S. Naipaul
The Public Image, by Muriel Spark
Heat and Dust, by Ruth Prawer Jhabvala
Native Realm, by Czeslaw Milosz
Nora Webster, by Cólm Toíbin
The Lost Carving, by David Esterly
The Professor's House, by Willa Cather
Woman of the Inner Sea, by Thomas Keneally
Helena, by Evelyn Waugh
How War Came, by Donald Cameron Watt
The Knox Brothers, by Penelope Fitzgerald
The Long Fuse, by Lawrence Lafore
The Big Rock Candy Mountain, by Wallace Stegner
Nine Lives, by William Dalrymple
Gossip from the Forest, by Thomas Keneally
A Great Improvisation, by Stacy Schiff
Little Liberia, by Jonny Steinberg
The Periodic Table, by Primo Levi
My Son's Story, by Nadine Gordimer
The Newcomes, by William Makepeace Thackeray
Selected Poems 1988-2013, by Seamus Heaney
The Solace of Open Spaces, by Gretel Ehrlich
Aspects of the Novel, by E.M. Forster
Christopher and His Kind, by Christopher Isherwood
The Master of Hestviken, by Sigrid Undset
To Conquer the Air, by James Tobin
Your Inner Fish, by Neil Shubin
Something out There, by Nadine Gordimer
Death in Summer, by William Trevor
Black Box, by Amos Oz
Absence of Mind, by Marilynne Robinson
Stoner, by John Williams
Irish Miles, by Frank O'Connor
Joanna Godden, by Sheila Kaye-Smith
South from Granada, by Gerald Brenan
American Ground, by William Langewiesche

Faith Fox, by Jane GardamIn the Land of Israel, by Amos Oz
In Flanders Fields, by Leon Wolff
The Faces of Justice, by Sybille Bedford
The Bachelors, by Muriel Spark
The Auden Generation, by Samuel Hynes
Cry, the Beloved Country, by Alan Paton
Despair, by Vladimir Nabokov
The Chateau, by William Maxwell
The Four Loves, by C.S. Lewis
Faces of Revolution, by Bernard Bailyn
So Long, See You Tomorrow, by William Maxwell
A Tale of Love and Darkness, by Amos Oz
Hons and Rebels, by Jessica Mitford
The Bookshop, by Penelope Fitzgerald
India: A Million Mutinies Now, by V.S. Naipaul
The Discarded Image, by C.S. Lewis
The Ninth Hour, by Alice McDermott
Line of Departure: Tarawa, by Martin Russ
The Family Reunion, by T.S. Eliot
The Diaries of Jane Somers, by Doris Lessing
A Cure for Dreams, by Kaye Gibbons
Sandstorms, by Peter Theroux
London Perceived, by V.S. Pritchett
Angela's Ashes, by Frank McCourt
The Semi-Attached Couple and The Semi-Detached House, by Emily Eden

Country Driving, by Peter Hessler
Genius in Disguise, by Thomas Kunkel
An Experiment in Love, by Hilary Mantel
The Reawakening, by Primo Levi
Full House, by M.J. Farrell (Molly Keane)
The Barbarian West, by J.M. Wallace-Hadrill
The Signal and the Noise, by Nate Silver
Breathing Water, by Timothy Hallinan
The Rising Tide, by Molly Keane
Reason and Revelation in the Middle Ages, by Etienne Gilson
A Ripple from the Storm, by Doris Lessing
In Europe, by Geert Mak
Marching Through Georgia, by Lee Kennett
The Egoist, by George Meredith
One of Ours, by Willa Cather
Mistress of Mistresses, by E.R. Eddison
The Assassination of Margaret Thatcher, by Hilary Mantel
The Crooked Scythe, by George Ewart Evans
Portrait of Max, by S.N. Behrmann
The Time Traveller's Guide to Medieval England, by Ian Mortimer
Together and Apart, by Margaret Kennedy
Germania, by Simon Winder
Precious Bane, by Mary Webb
On the Wing, by Alan Tennant
Public Knowledge, by John M. Ziman
The Cocktail Party, by T.S. Eliot
Rowing to Latitude, by Jill Fredston
Fludd, by Hilary Mantel
The Image, by Isaac Bashevis Singer

The Island at the Center of the World, by Russell Shorto
God's Middle Finger, by Richard Grant
Penelope Fitzgerald, by Hermione Lee
The Tyranny of Distance, by Geoffrey Blainey
Cleopatra, by Stacy Schiff
Bismarck, by Jonathan Steinberg
The Hare with Amber Eyes, by Edmund De WaalEight Months on Ghazzah Street, by Hilary MantelSuttree, by Cormac McCarthy
The Oxford Book of Eighteenth-Century Verse, by Roger Lonsdale (ed.)
The Collected Stories, by Benedict Kiely
Mayordomo, by Stanley Crawford
The Discovery of France, by Graham Robb
War in European History, by Michael Howard
Landlocked, by Doris Lessing
Operation Chastise, by Max HastingsThe Overcoat and Other Tales of Good and Evil by Nicolai Gogol
Contested Will, by James Shapiro
The Wings of the Dove, by Henry James
Africa, by John Reader
Smile, by Roddy Doyle
The Code Girls, by Lisa Mundy
Into the Silence, by Wade Davis
Six Frigates, by Ian W. Toll
My Home Is Far Away, by Dawn Powell
Hardtack & Coffee, by John D. Billings
Incarnations, by Sunil Khilnani
Yangtze, by Lyman Van Slyke
Tudor England, by S.T. Bindoff
Selected Letters, by Anton Chekhov
Year Zero, by Ian Buruma
The Ghosts of Cannae, by Robert L. O'Connell
The Hollow Years, by Eugen Weber
The Owl Who Liked Sitting on Caesar, by Martin Windrow

The Fall of Paris, by Alistair Horne

My current reading is largely a random walk through thrift shops and yard sales. I have not forgiven Amazon for the extermination of bookshops, which used to be my favorite places, so I prefer not to give them any of my money. (Yes, it troubles me that authors are not getting any of my money either.)

sonofcarc hat hinzugefügt:
When You Lunch With the Emperor von Ludwig Bemelmans 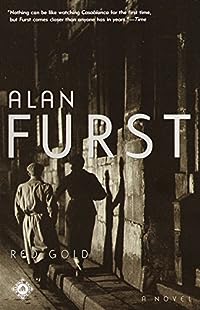 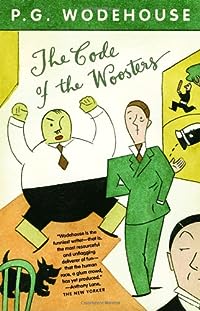 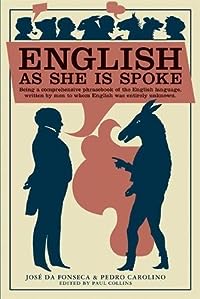 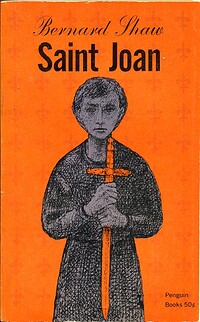 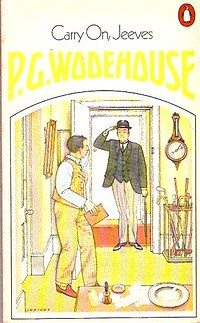 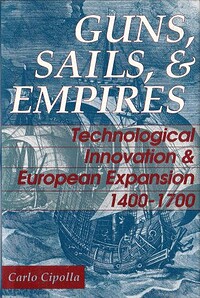 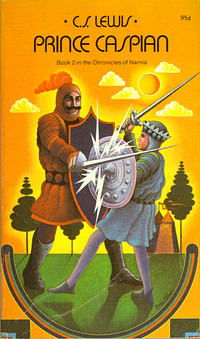 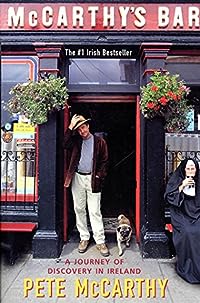 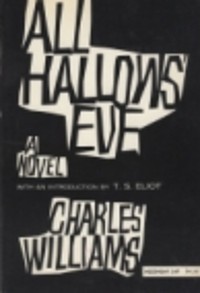 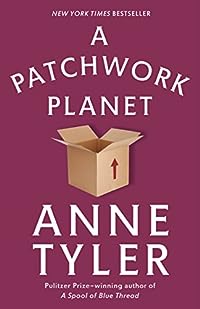 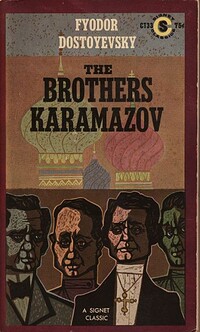 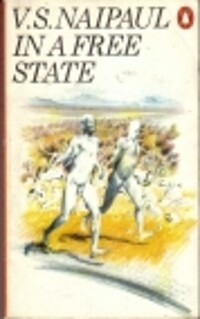 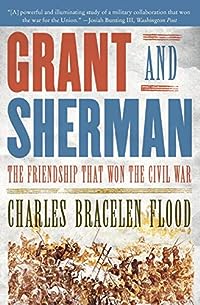 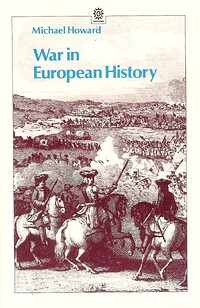 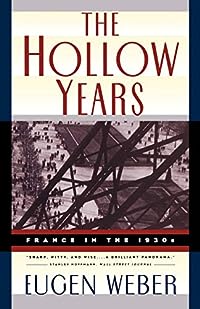