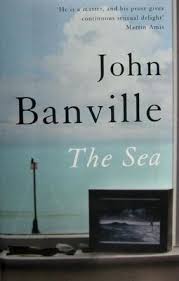 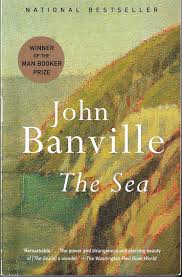 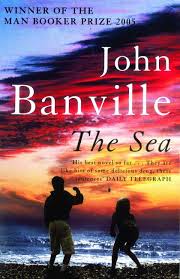 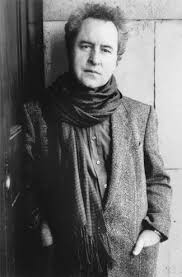 I'm just starting this Booker Prize winning novel and so far the language is just beautiful. He pulls off sentences like:

The past beats within me like a second heart. and
The kettle came to a boil and switched itself off and the seething water inside it settled down grumpily. and
A dream it was that drew me here.

without it ever seeming pompous or absurd.

I think I'll call this a bit of a slog. A lovely slog and a relatively short slog, but a slog nonetheless. Maybe it's because my life is, once again, over full.....

Amazing how that works. I can't say my life is over-full but the book is a slog for me too.

Beautiful lines! Why do I need to work so hard to get to them?

Oooh, nice thread! I think Ill stay (til Monday- then Ill head to my curtained bed at the public hospital for some R&R- and hopefully return later in the week). My copy is the third one, my least favourite from your selection.

I have lost the feeling that it is s slog- page 50 or so is where Im at- and i am finding it lovely. How it jumps from past to present. How Im not sure if I like the guy or not yet.....how there's a story emerging.

I have just put in some time with The Sea and am just over half way now.

The second quarter, I feel, is coming across a little jumbled. A random collection of anecdotes. Its the same as the first quarter really, but that felt more to me like memories nested in memories.

Oh, and I know now that I dont really like the guy. I feel for him, but am just not that into him ;)

I am over halfway through now and it is, indeed, flowing more beautifully. I've flagged a few passages for my ultimate review. Had it not been for the need to Christmas shop for neph-lets and niece-lets, and re-intstall some holiday lights, I might have finished by now.

I'm struck by his under-theme of the cruelty of children. The beating of dogs. The burning-alive of grasshoppers. Are these really as routine and matter-of-fact activities of adolescent boys as his narrative suggests?

ETA: My copy is the second from the left.

The 8th was Banville's birthday...67th...and I myownself wanted to light HIM on fire for the dog-cruelty.

I do wonder about the testosterone running through this novel. I mean, the language is exquisite and the way he captures a setting is downright stunning. But really? Richard, I'm not asking you no-how and no-way to represent all men, but is there a resonance for you in his depiction of budding adolescent boy?

Ignore me if that is too personal.

It's not too personal, no, but I have to say I disliked this kind of boy when I was one, and nothing in the intervening 40 years has changed my opinion a jot.

Am just getting started reading, so I'll be back.

This novel was not for me, I have tried several times, and to think that it was a Booker Prize Winner, I am hard to please however I know what I like. Another Booker (I think) was The Sense of an Ending by Julian Barnes, again not to my liking. Just as well I have some other books to fall back on. The older I get the harder it is to please me!!

>10 EBT1002: I cant say that I liked the testosterony ra ra man stuff that runs through the book either. That is my main beef with the main character. I dont like him. But I still like the book. I havent really "reviewed " it as such on my thread, but I did finish it and gave it 3.5 stars. Im already thinking of upgrading it to 4....

I forgot to post my review. I seem to have liked the novel more than some others (and more than I remembered having liked it, one week later - go figure).

This is an exquisite little novel, chock full of elaborate phrasing and erudite vocabulary. The story, which moves fluidly between the present and several decades past, is an exploration of adolescence, death, grief, and memory -- all in under 200 pages. Banville's writing is beautiful without sinking into absurdity or pomposity. He walks the line, though:

The kettle came to the boil and switched itself off and the seething water inside it settled down grumpily.

What Banville does better than any I can recall in recent memory is describe a setting such that it lives:

I had never liked, even feared a little, this wild reach of marsh and mud flats where everything seemed turned away from the land, looking off desperately toward the horizon as if in mute search for a sign of rescue.

And his consideration of memory and human immortality:

Which is the more real, the woman reclining on the grassy bank of my recollections, or the strew of dust and dried marrow that is all the earth any longer retains of her? No doubt for others elsewhere she persists, a moving figure in the waxworks of memory, but their version will be different from mine, and from each other's. Thus in the minds of the many does the one ramify and disperse. It does not last, it cannot, it is not immortality. We carry the dead with us only until we die too, and then it is we who are borne along for a little while, and then our bearers in their turn drop, and so on into the unimaginable generations. I remember Anna, our daughter Claire will remember Anna and remember me, then Claire will be gone and there will be those who remember her but not us, and that will be our final dissolution. True, there will be something of us that will remain, a fading photograph, a lock of hair, a few fingerprints, a sprinkling of atoms in the air of the room where we breathed our last, yet none of this will be us, what we are and were, but only the dust of the dead.

There is also a reasonably good story imbedded in this novel, and Banville manages to keep the climax a secret longer than I thought he would. I was mildly disturbed by the matter-of-fact cruelty of the boy Max, especially toward animals, although these were but brief mentions that gave a sense of the coming-of-age of Max and his confusion, lust, shame, and longing. Near the end, I developed empathy and compassion for Max, as his grieving and vulnerable adult self searches for resolution and meaning. Maybe that is the way human development goes, yes? The cruel, but not mean, adolescent becomes a striving, lonely, and gentle adult.

In any case, read this one not for its insight into the human experience. Insight and meaning are adequately present, but the reason to read this one is Banville's elegant writing.

Delicious quotes, reminds me I do like it a lot even if not completely.